January 25, 2010
Apparently, Mr. Handsome has a problem with healthy flora and yeast infections.

I mean, I don't expect him to actually enjoy such things, but to have no choice but to change the channel when a Vagisil commercial comes on? A bit overboard, wouldn't you say? 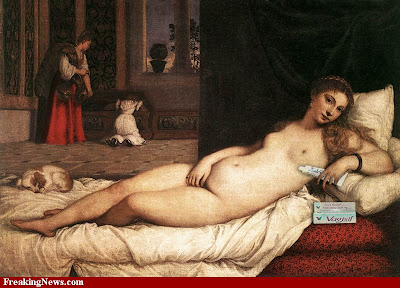 Here is a man who doesn't understand when I say bodily functions are disgustingly gross, and unnecessarily so. Oh, really? He says the body is a beautiful thing. But you can't even watch a commercial about yeast infections, right? Right.

Here is a man who had to stand behind -- WAAAY behind -- my head when I was giving birth to Dee, because standing anywhere near the action would have been asking for trouble. There he stood, hands on his head, a look of terror on his cute face, as he watched from an area of complete safety as his poor and ragged wife put all her effort and energy into pushing a 10-pound lug of a baby out of her hooha. Yeah, and I did that, in three pushes. That's right. Three. Pushes. No. Stitches. And then I ate dinner, had a shower, and was ready to pop out another 10-pounder, while Mr. Handsome nursed a headache and had to lie down.

It's raining today. As in, I should have stayed in bed under the covers and had my man-servant bring me hot tea and crumpets all day long while I read my stash of porn. Instead, I got up before the sun to make sure Dee ate some breakfast, brushed his teeth, and actually wore clothing without a multitude of crusty five-day-old food stains on them, then drove him and his friend down the street (who I quickly discovered is no longer his friend) to school because it's raining hard out there, and god forbid the children have to get their little innocent heads wet. And then I drove Em to school because she has her first high school exam ever today, and god forbid she have to take a bus and possibly be late, or early, and get her innocent little head wet.

Actually, I don't mind driving the kids to school. Especially when it's raining, or very cold, or windy, or too sunny, or ... No, seriously, I don't mind at all. They hoof it for the most part, and they are grateful when I actually pull my sorry butt out of bed and offer to drive them in. These kids of mine actually get up every morning on their own and make their own breakfast, without the aid of their mother or father. Yes, that's right.

One could go on and say that I am not doing my due diligence as their mother, and that maybe I should take a parenting course, or perhaps two. I, however, would rather see this as a case of actually doing the motherly thing, and allowing them to express their independence. It also bodes well when they're 18 and they can legally be kicked out.

Now, if you don't mind, I have to go wake up Mr. Handsome so he can help me apply my Canesten before I drive him to work.
Daily Ramblings Dee Em Healthy Flora Mr. Handsome Sucky School Stuff Vaginas Yeast Infections

RHYTHM AND RHYME said…
Your blogs always make me smile, it's the way you express yourself.
This one is no exception, it's a real pleasure to read.

the domestic fringe said…
lol. It's my first visit, but this post was just funny. You had a 10 pounder, huh? I thought my daughter was big at 9.8lbs, but apparently she was petite. ;-)

Anonymous said…
Looks like you already did the good parenting if they can do it on their own now.
How many other kids are that able?
Good Mom.

Aunt Juicebox said…
I was doing my own laundry by 6th grade. Nothing wrong with being self sufficient.
January 25, 2010 at 9:23 PM

Trina said…
I think you're doing your kids a huge favor by expecting them to take some responsibility for getting up and getting ready in the mornings. I have a friend who was MARRIED and TEACHING and her mom was still calling to make sure she was out of bed every morning. (Her hubby worked 3rd shift, so he wasn't home before she had to get up.) She's gotten beyond having her mom call, but her husband still makes sure she is out of bed before he leaves for work.
January 25, 2010 at 9:39 PM 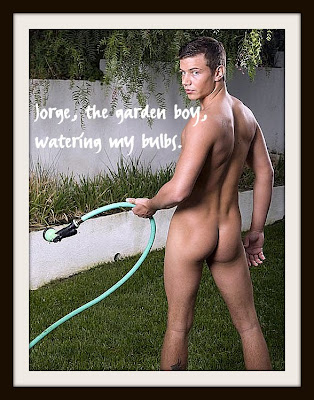