Our upstairs bathroom needs a makeover. It's the only room in our entire 60-year-old house that's actually even been redone since we moved in back in 1998, and yet, it needs one again.

Our house is a four-bedroom house, the largest model in the neighbourhood. We love it here. But the bathrooms? They suck BIG time. You see, back in the 50s, apparently they didn't need more than one full bathroom for a family. Somehow, they all got along, they all fit into the space of a closet, and somehow they were all able to function well without the use of cupboard space.

I'm here to tell you that either the families of the 50s were half our size, both in height and width, or they needed only half the number of showers and towels and extraneous appliances and lotions and things, because god help me, there is not an inch to spare in that room.

Not that we'll ever be able to do anything more with our bathroom than we've already done, except maybe update it someday when we actually have some money. We already knocked out a wall and took over part of the closet in the fourth bedroom (sorry, Dee) so that we could put in a tub. Yeah, the room is THAT small.

I have to say, however, that our upstairs bathroom is definitely in better shape than our main floor bathroom, which is actually only a powder room. It still has hideous brown wallpaper with ducks, that's how ugly it is. I have BIG plans for this room that is no bigger than the washrooms on airplanes. BIG plans need BIG money, which we don't have. So, the BIG plans are on hold. This room is so small, a normal door can't even fit. They had to put in a pocket door that slides directly into the wall (which is actually pretty cool, and is worth hours of fun when small children are visiting, or adults who don't know about pocket doors, in which case we have a little fun with them, telling them we never put a door in for that room).

Anyway, I actually didn't write this post with the intention of complaining about our bathrooms. I kind of went off on a wee tangent, I guess, before even getting into the main topic of discussion here. Too much medication, I guess. Again.

So, the whole topic of bathroom discussion actually began the other evening over the family's bathroom usage -- specifically, the bathtub. Someone on television must have said something (I think it was part of the Emmy's extravaganza), and I turned to Mr. Handsome and said, "Who the hell pees in the tub when they're showering?!" all aghast and disgusted.

And I hear this wee, "I do," from the far corner of the couch.

She softened it by adding, "Well, only sometimes."

Why would be the first question I wanted to ask, but I was so disgusted by the thought of someone peeing in our tub that I almost passed out because I had forgotten to breathe. It was as if my internal mechanisms had just shut down, in an effort to protect me from even thinking about such an abomination.

As my colour came back, I hear, "So do I," from the kitchen.

I was on the verge of pulling my hair out, but decided against it because I know I don't look great without hair. Just believe me. My face is too fat, my jowls too jowly, and I don't want to talk about it.

And then Mr. Handsome, the children's male role model, the man I married, states, "I do too."

He then quickly added, "Only once in a while," as if that would make it all better.

Does everyone do this? Am I the odd one out here? I DON'T THINK SO. Please, you guys, tell me the truth. Do you pee in the shower?

Simply Mags said…
I don't. That's why we have toilets installed. Mind you, I have weird bathroom issues...like....I can pee in pools or other bodies of water no matter HOW BAD I have to go....it's like I get performance anxiety issues. Oh, and I only sit on my own toilet seats ....no one else's no matter how clean the bathroom is. Needless to say I've got very strong leg muscles..... is this T.M.I.?
September 21, 2009 at 3:55 PM

Lana@The Kids Did WHAT?! said…
I pee in the shower. Why not? It's followed by dirt, grime, soap, body wash, shampoo and conditioner! Just think of the saving on toilet paper! (for females, anyways) :P
September 21, 2009 at 4:14 PM

Steve said…
Must admit - I have pee'd in the shower, though I don't make a habit of it! Peeing in the bath is definitely out as I don't like the idea of taking a bath in diluted urine - and I am a bit dubious about going in nthe swimming pool when there are lots of young mothers with their toddlers and babies in the pool!
September 21, 2009 at 5:30 PM

roy/elisabeth dean said…
no pee pee in the tub for me! I hope not for hubby either, though I've never asked him. I will say, when we came home from his first 3 month hospital stay, he came home sporting a catheter. The nurse was showing us how to change/maintain it and told him just to leave it opened and let it drain in the tub while he was showering! I said "absolutely NOT" and she replied that it fights bacteria!!! My answer? So does Lysol.
I need bathroom makeovers too!!!
♥,Lilly
September 21, 2009 at 5:40 PM

Ash said…
Hubs was taking a shower the other night with 3 1/2 year-old son - son needed to pee, Hubs said sure, so he did.

We're in the deeps throws of potty training, so what the hell. It's a drain, not a diaper - I'm a happy Mama.

In the tub? While you're sitting in it!?

ReformingGeek said…
Um, no. Not me.

I hope you get to do your makeover! I love remodeling, especially the end result! The work can be a bit much sometimes.
September 21, 2009 at 10:58 PM

RHYTHM AND RHYME said…
I don't pee in the shower for the simple reason I don't have a shower,
If I did I probably would. loved the interesting post.

Wander to the Wayside said…
I just read an article somewhere about cutting water usage, and one of the tips was to pee in the shower because it saves a gazillion gallons of water over a year. I've always done it - it's really not that nasty, and it does wash away.

We used to have a house that was built in the 1890s, and the bathrooms were the size of a postage stamp. I guess back in the day they were still looking at it as a 'water closet'? It was our dream home, that my carpenter husband would renovate, but we ended up losing it to foreclosure during the bad economic times of the late 1980s. I can still cry when I see a picture of it!
September 22, 2009 at 8:40 AM 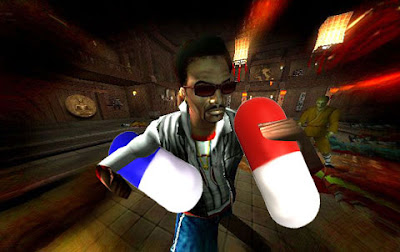 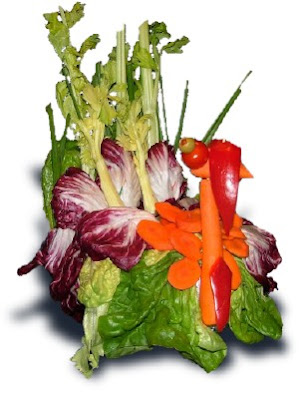